This was an idea I had a few years ago and hadn’t really done it justice the first time around.  Essentially I’d re-create Grant Wood’s famous American Gothic painting with Lavinia, Old Wizard and Wilbur Whately from H. P. Lovecraft’s The Dunwich Horror.  The finished picture is in my gallery here: 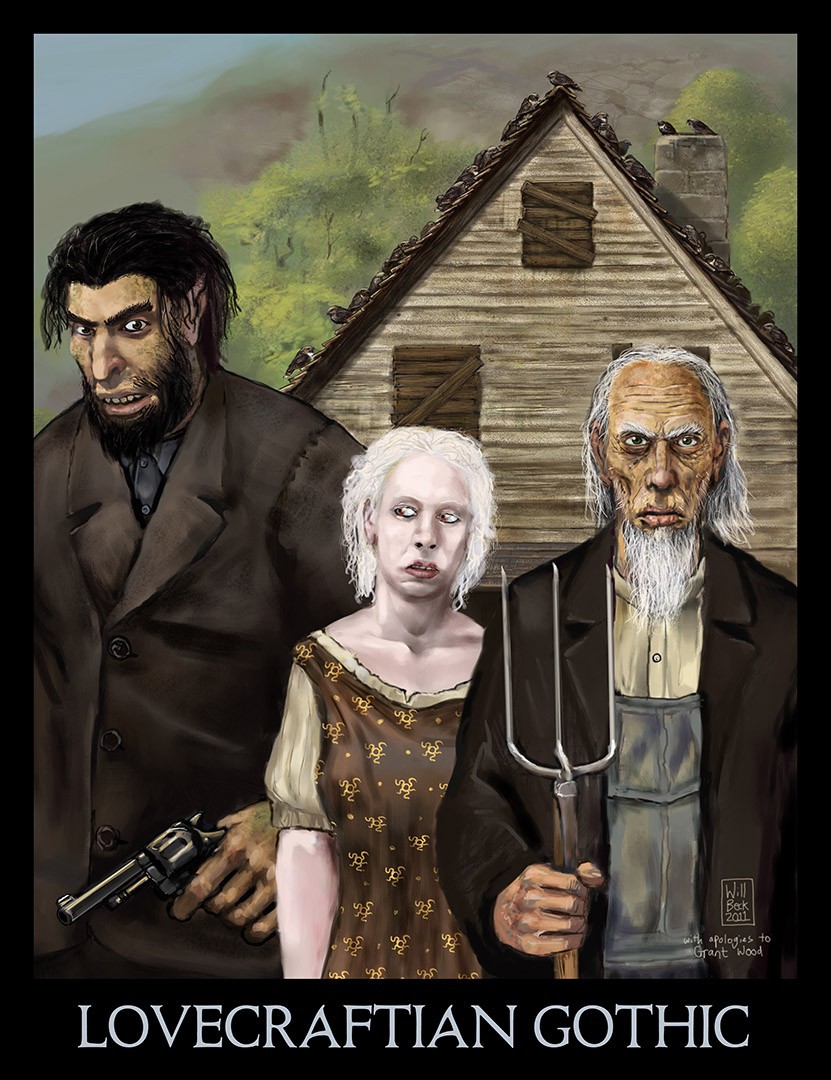 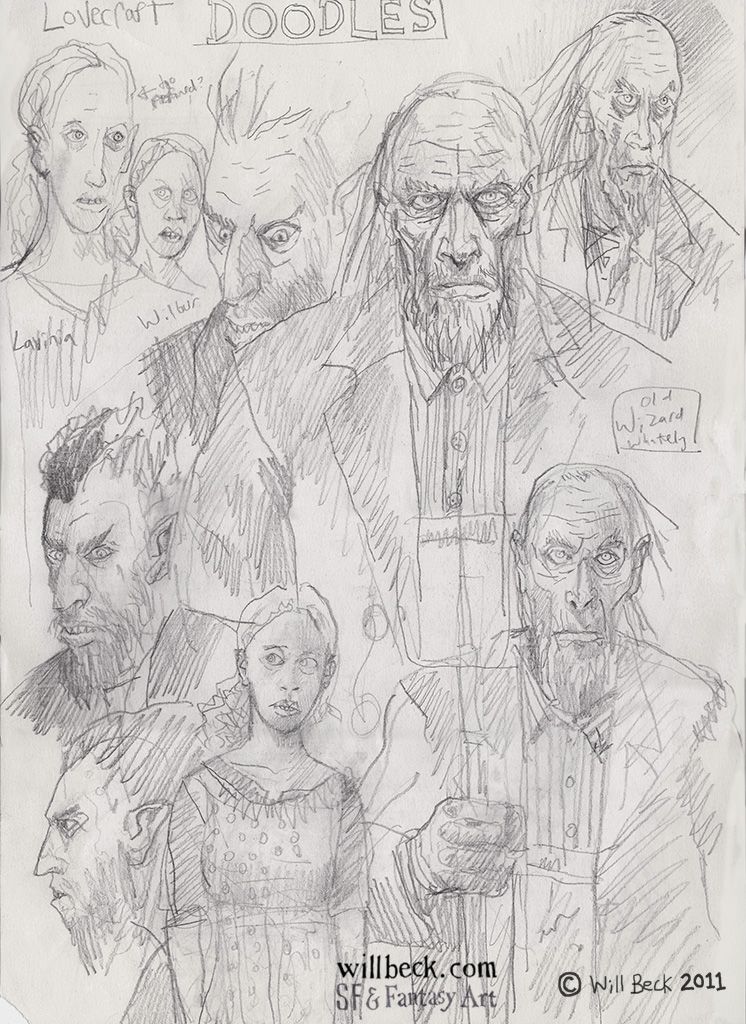 These are some designs for a planar alchemist; someone who uses alchemy to open portals between dimensions. 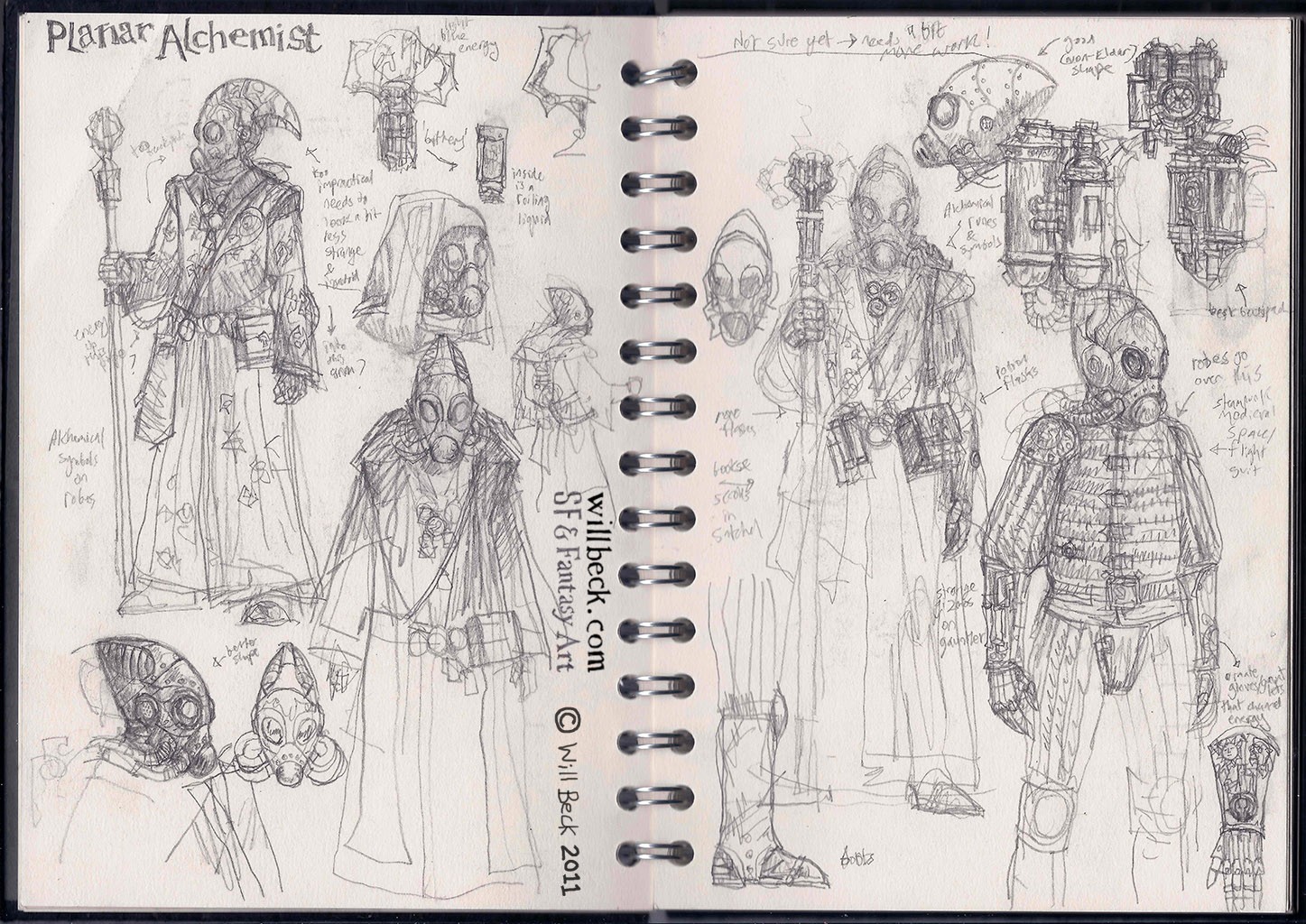 And here are some pictures of the alchemical symbols that he would have on his robe.  I tried to create a vaguely logical approach to these designs to add an element of authenticity. 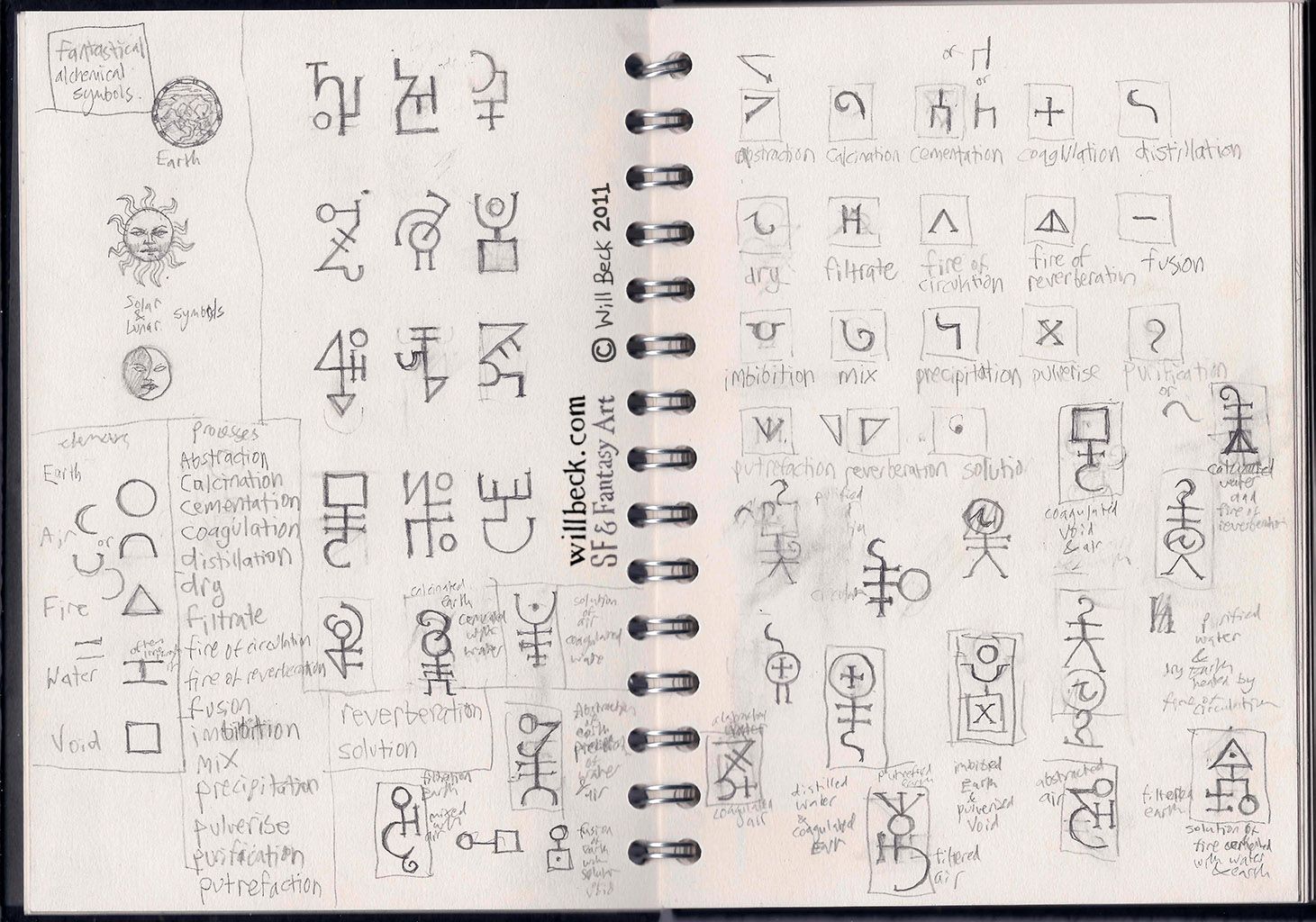 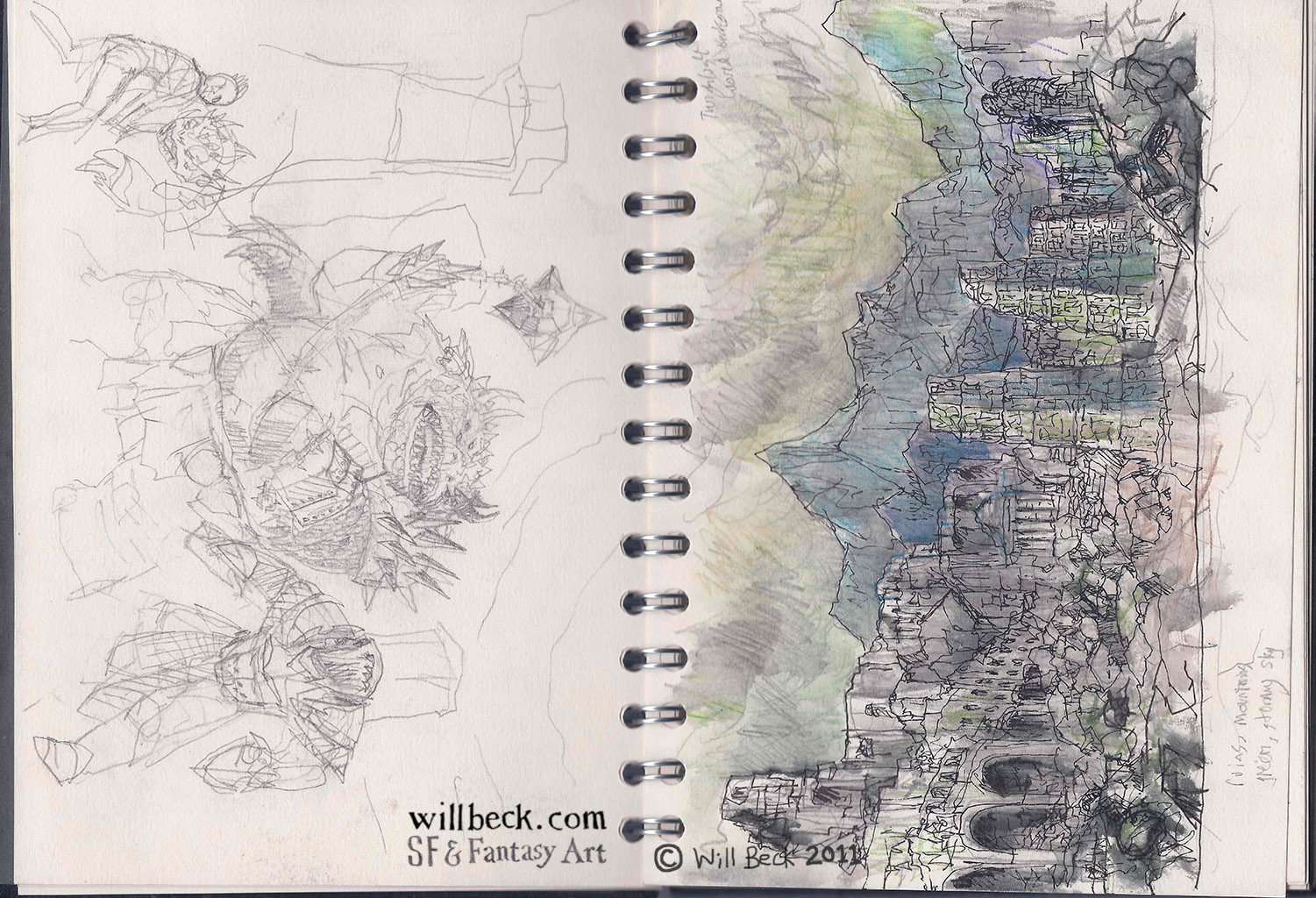 These are the first ideas I had for a fight scene picture. It will be set in my Twilight World; a world with a perpetual stormy sky and lots of ruins. I thought this a suitable location for a fantasy picture.  This monster is a larger version of the toad-like demons in an illustration I did: 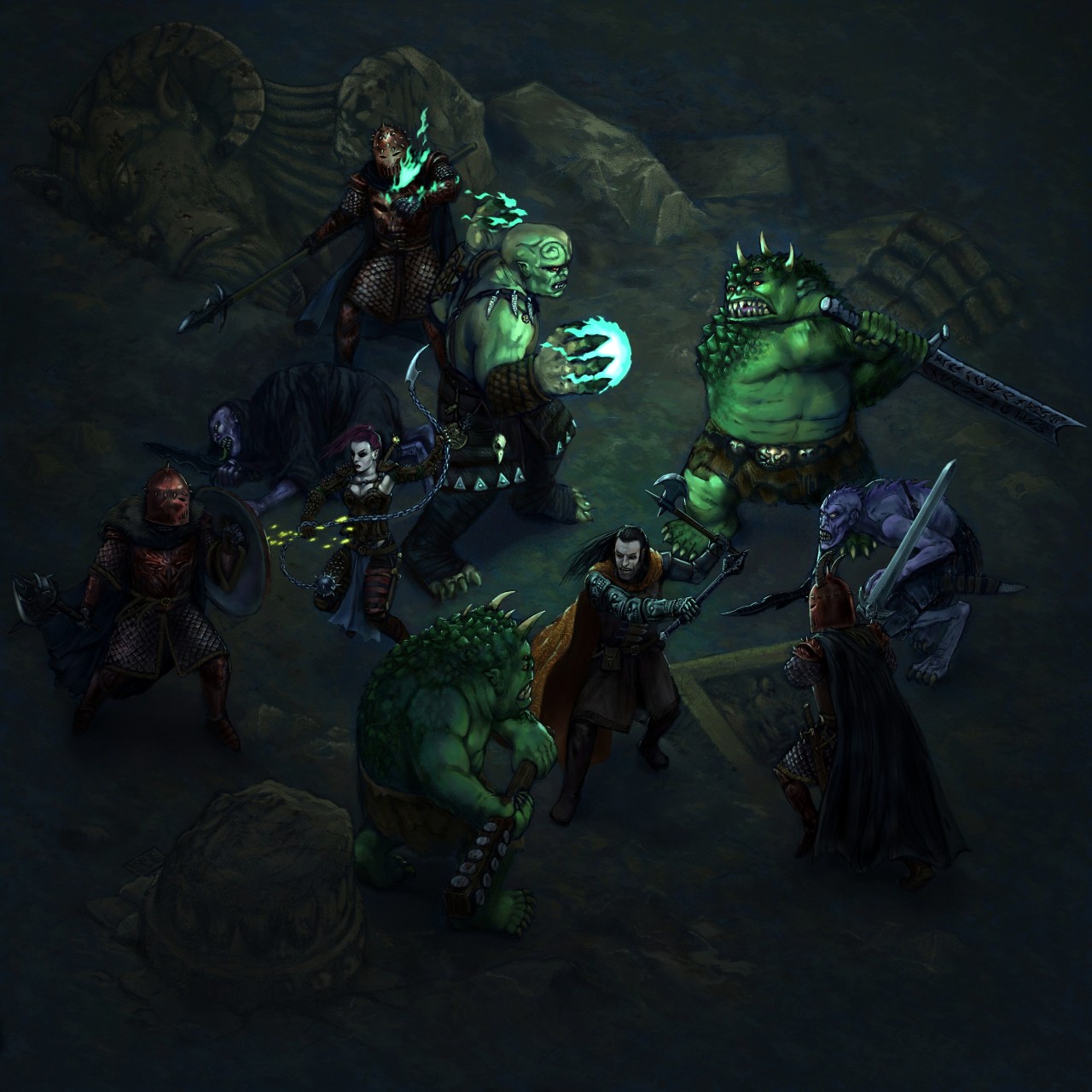 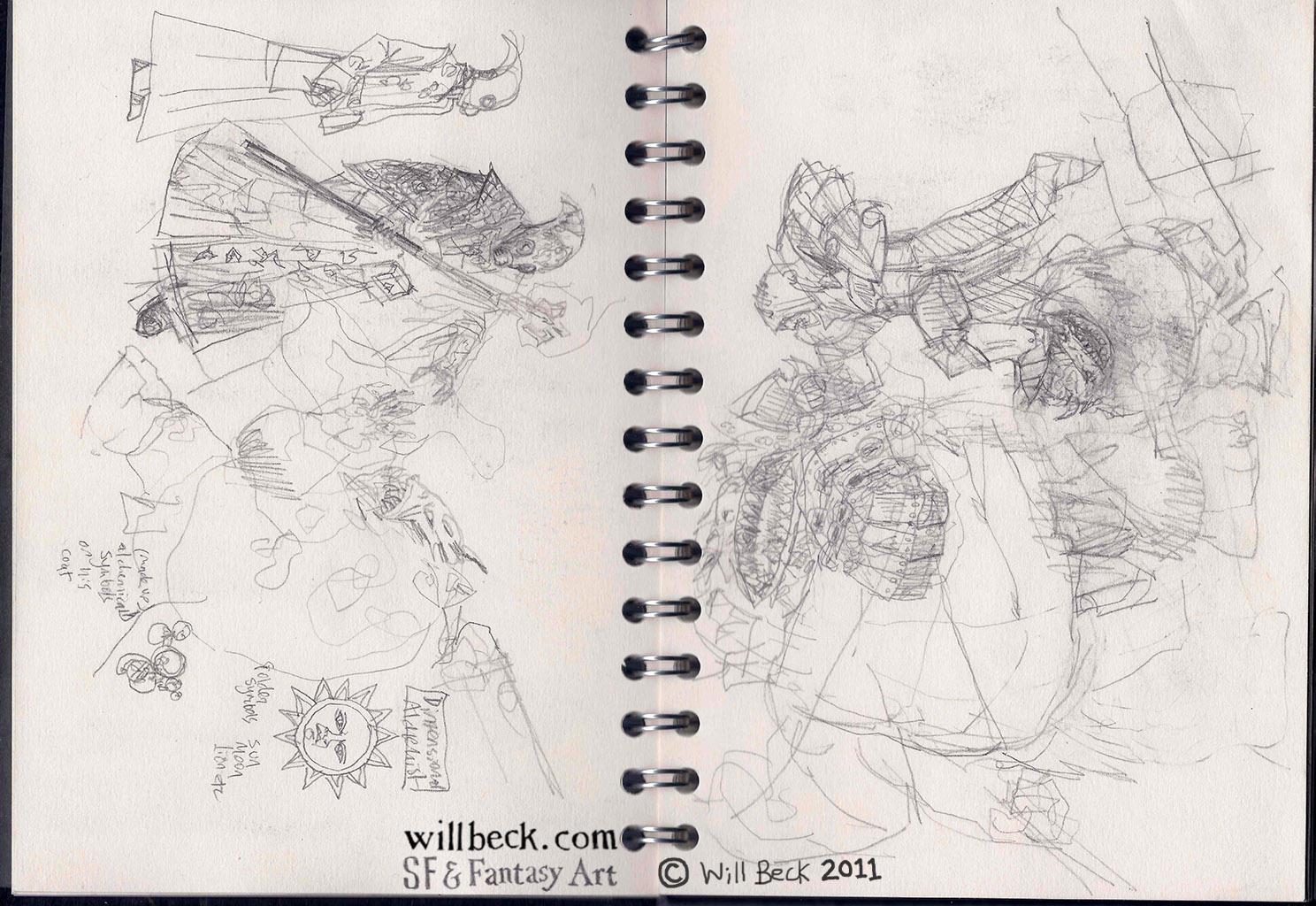 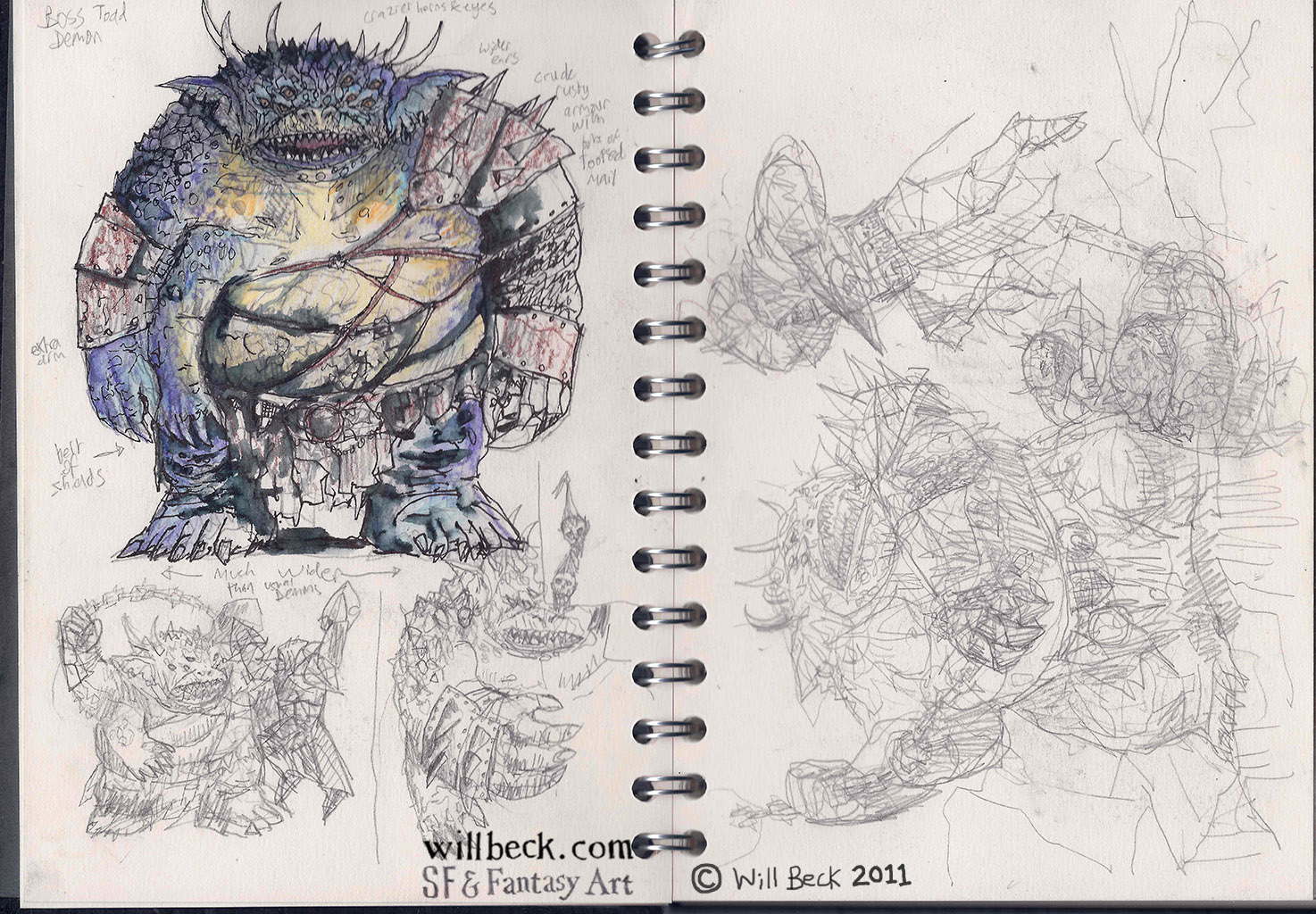 These are characters I’ve designed for a H.P. Lovecraft themed picture(or series of pictures) I’m was working on but have had to stop to finish some other artwork. 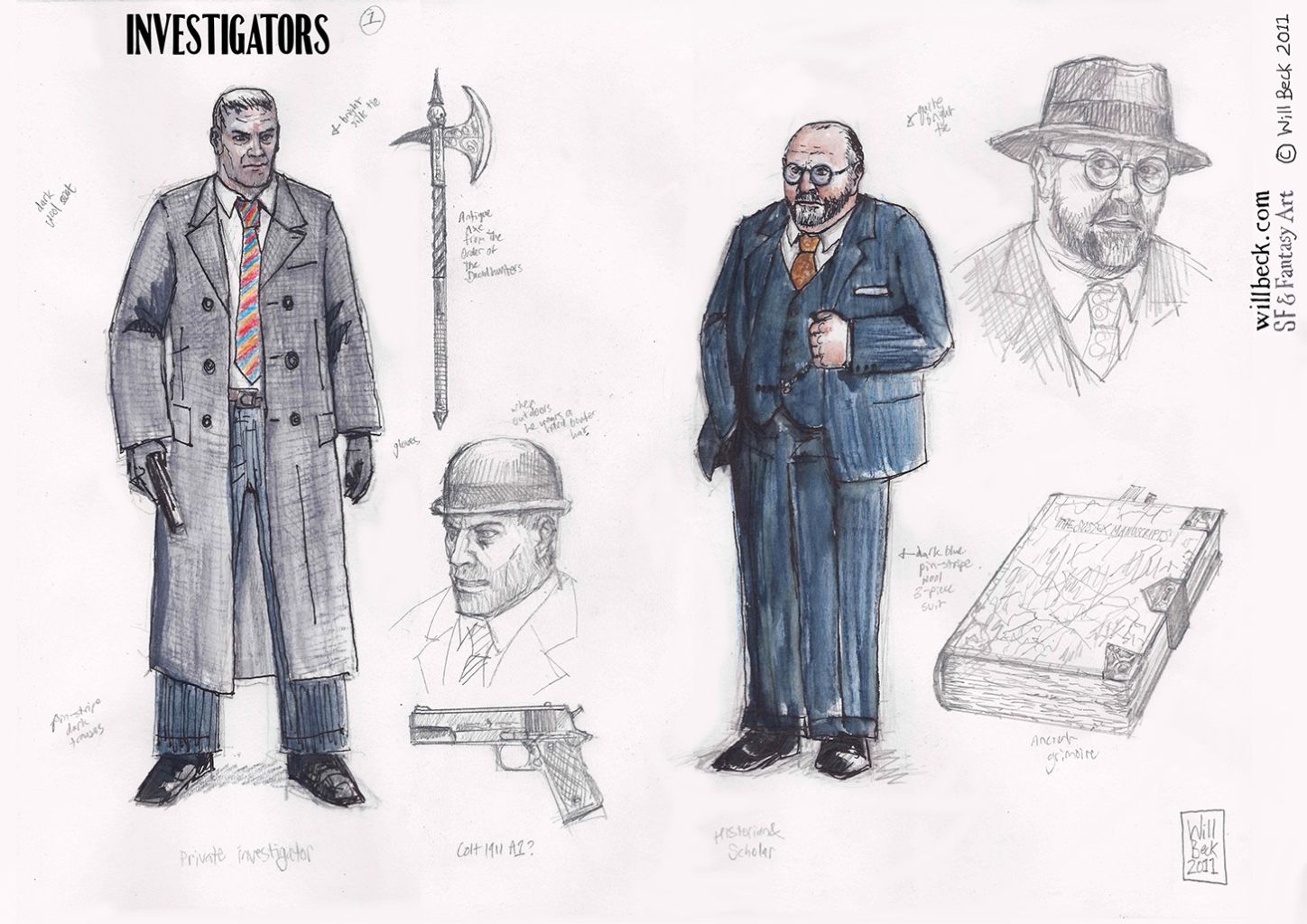 These are the heroes of course. All the 1920’s clothing is as accurate as I can get from my reference materials.  Fonts are by the H.P. Lovecraft Historical society. 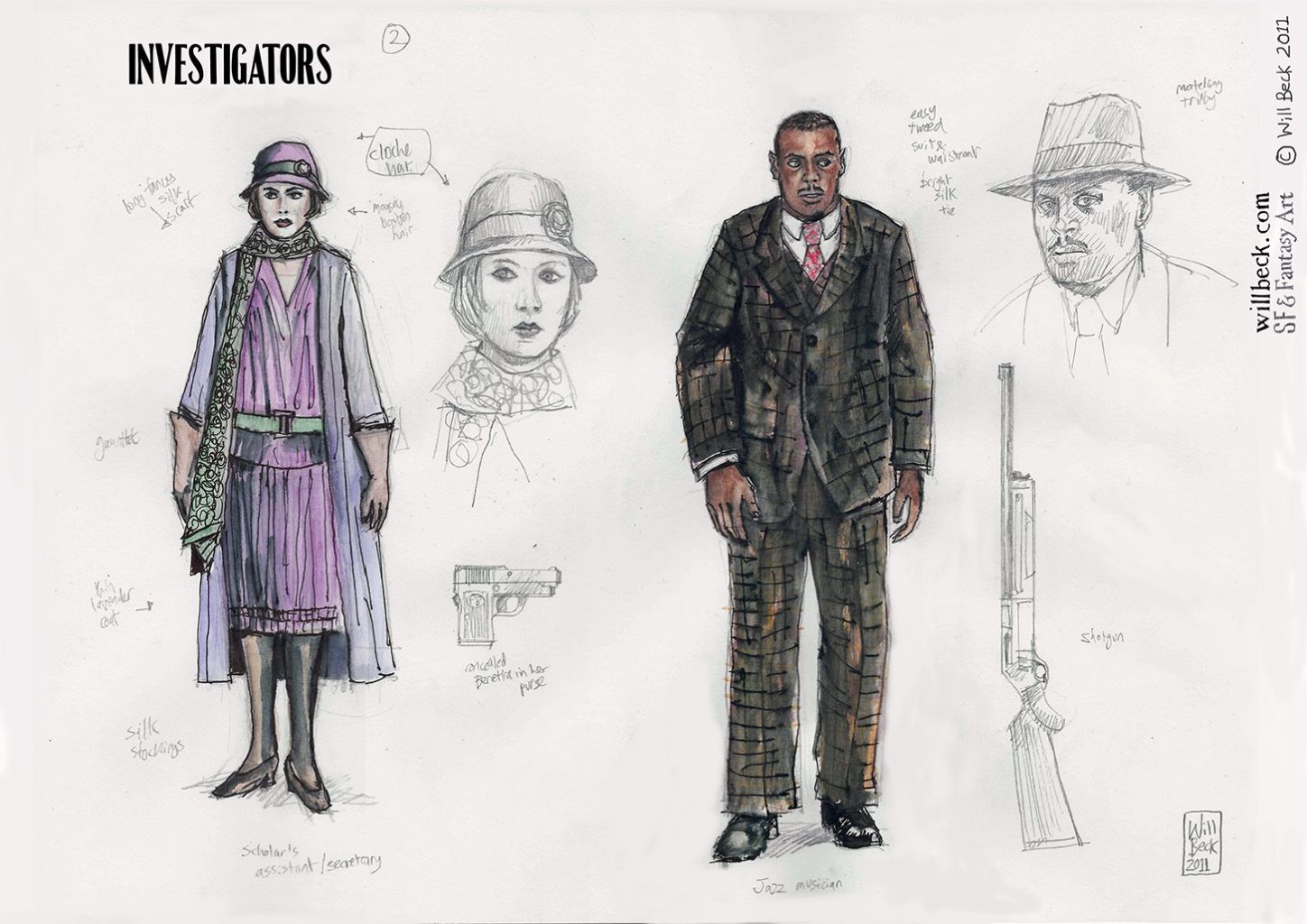 A few sketches of the instigators of the floods that inundated the Sunken World – the Thulhids (a working name); tentacle-faced Cthulhoid demon beings. Their lands became uninhabitable (maybe after a demonic war) so they opened a portal into another Earth and flooded it. 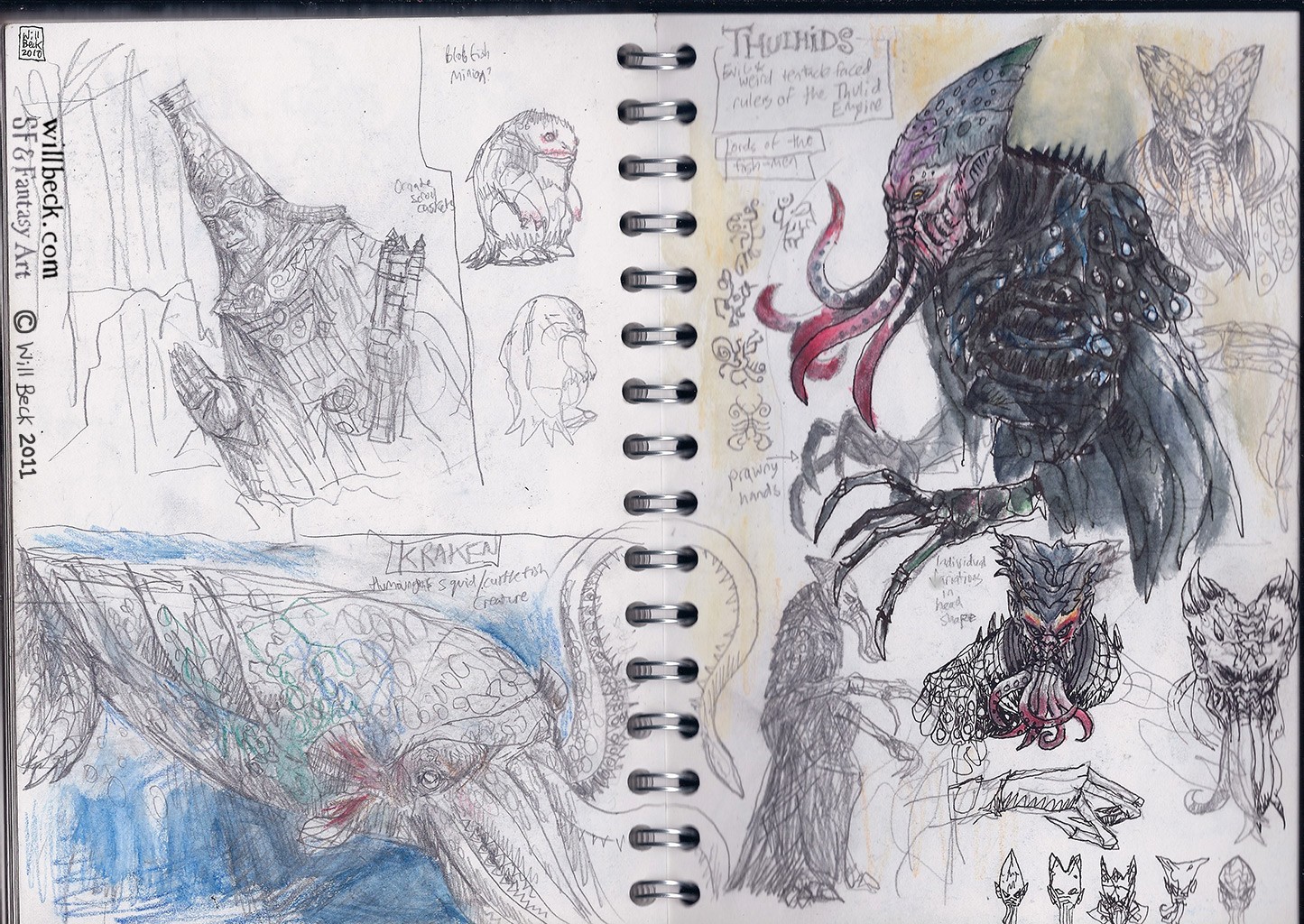 Here are some more sketches of the development of my Sunken World picture. Originally this was to be a long thin picture suitable as a Firefox persona but it grew into a much more ambitious project. 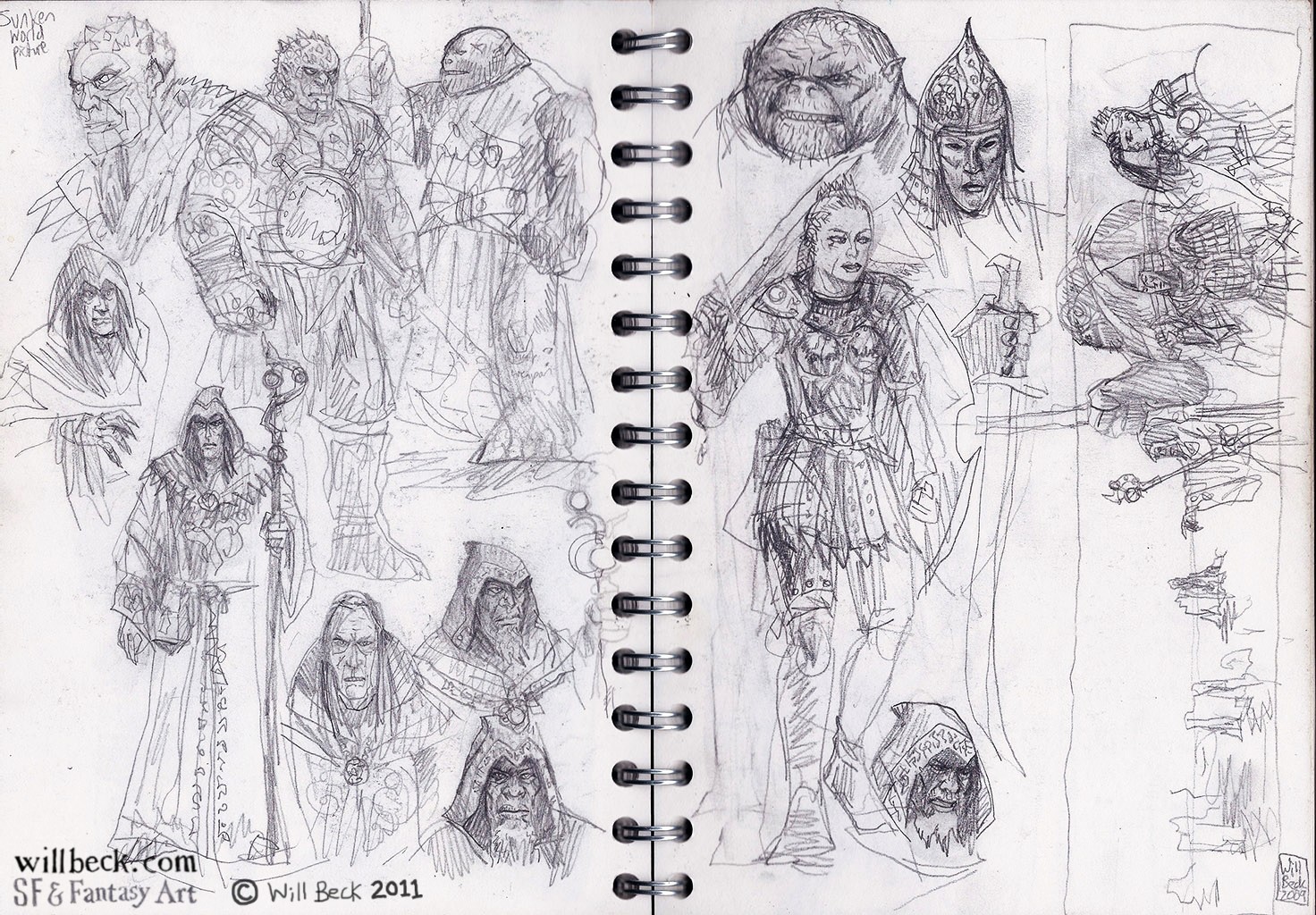 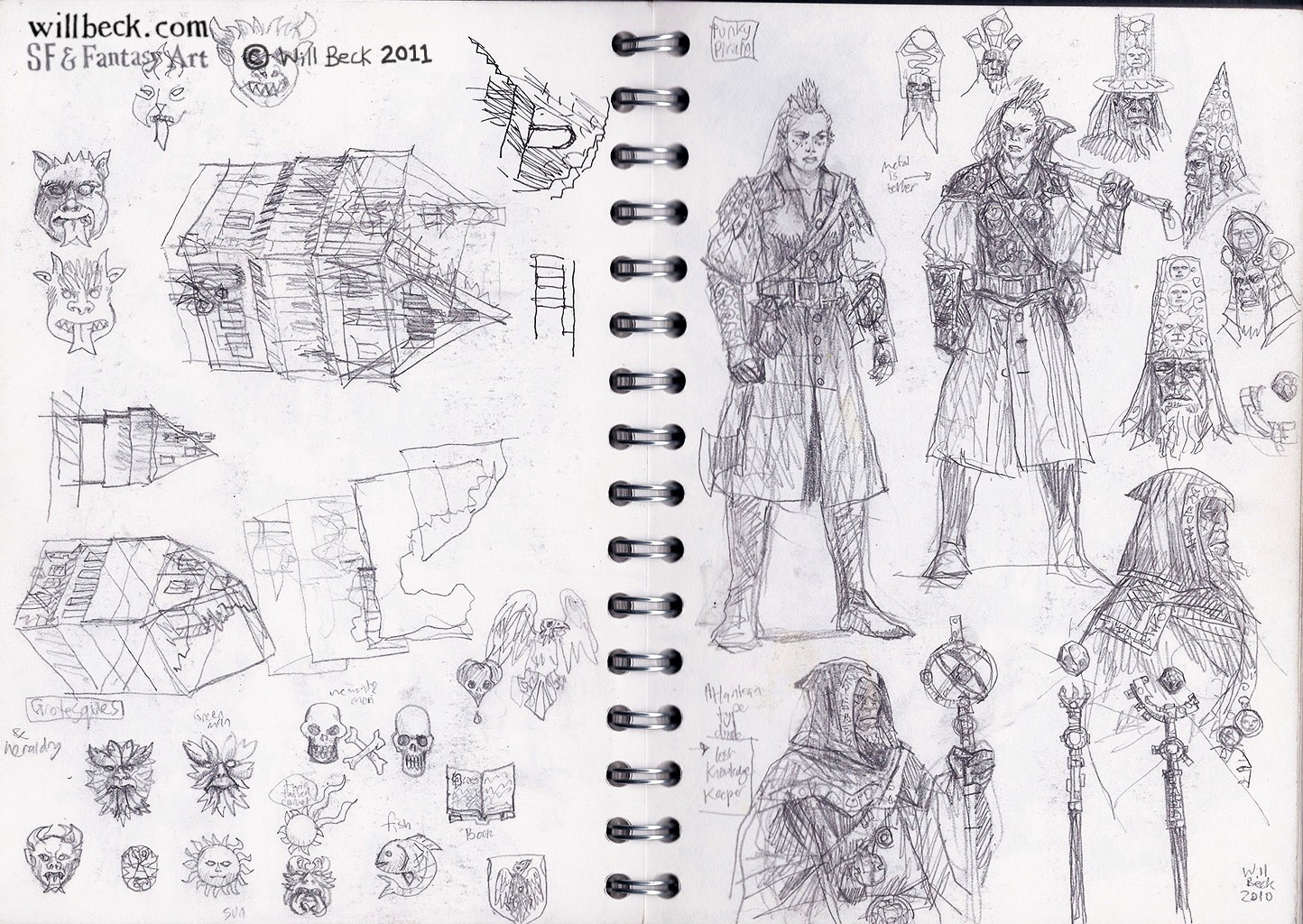 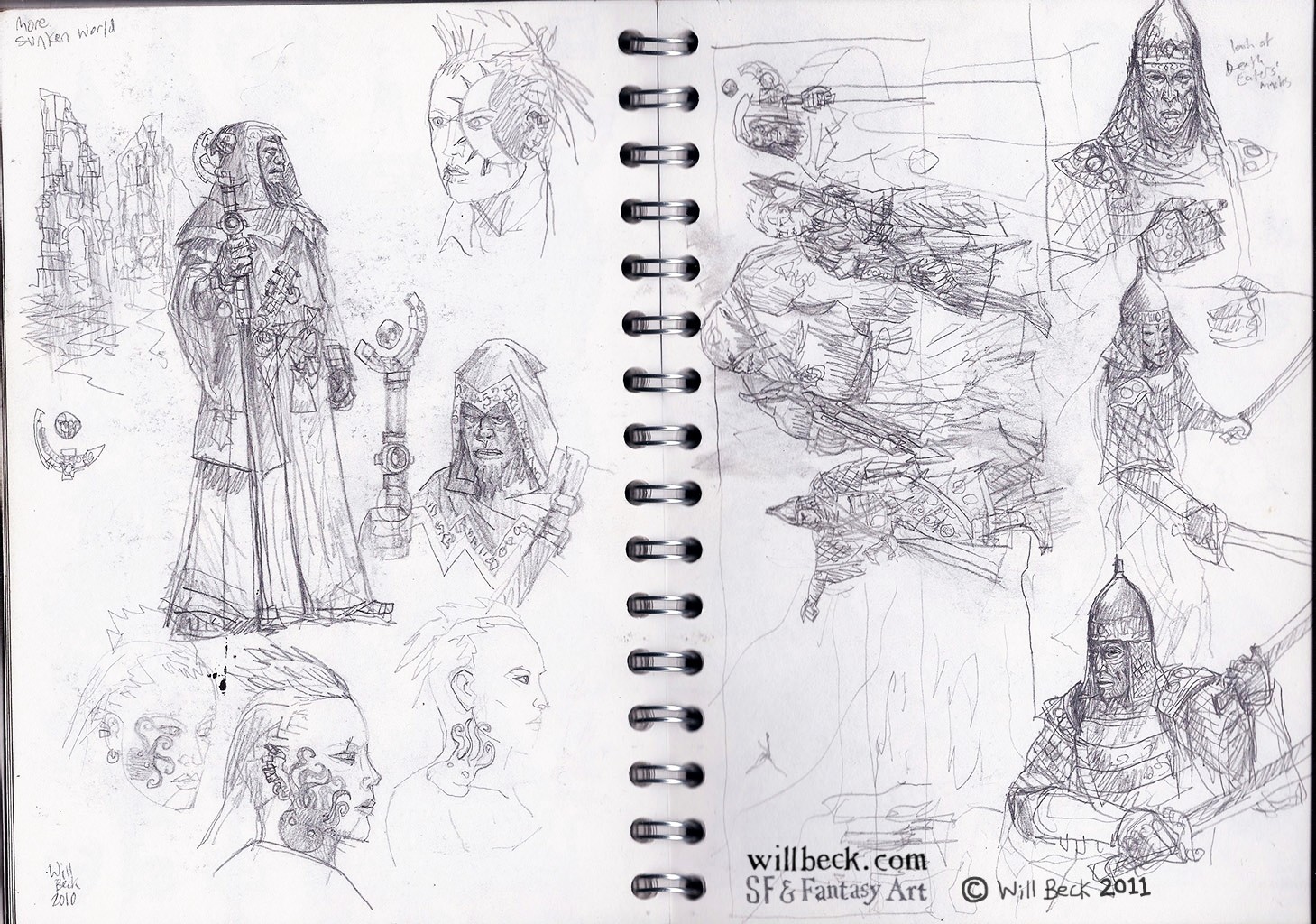 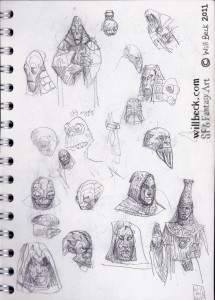 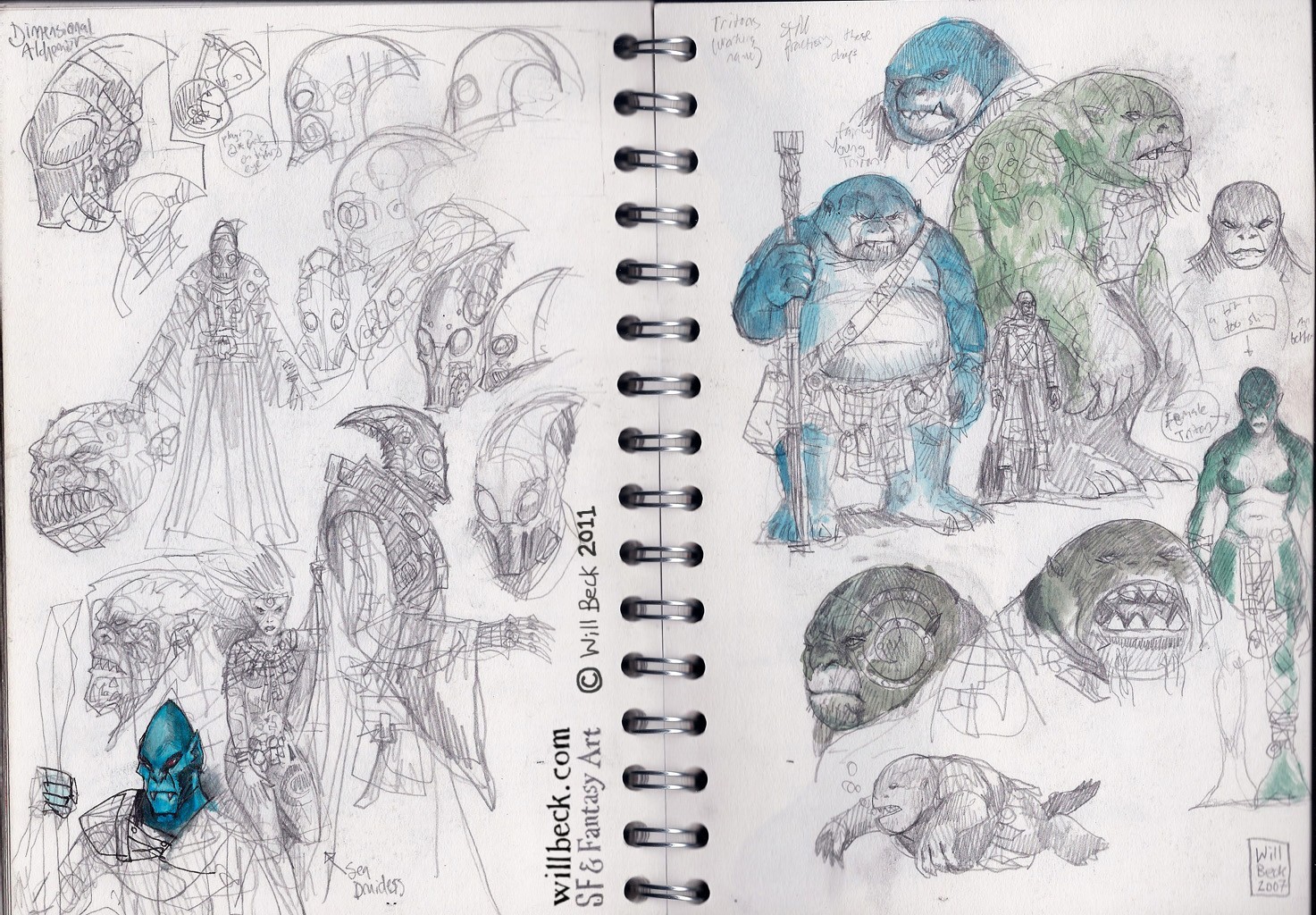 Here are some designs (on the right) I had been working on a few years ago for creatures living in a world that had been flooded.  These were manatee-men or Tritons as I call them; a noble race of hunters and whalephant riders.

The next 2 pages are designs for the Cthulhu cult themselves, from cult thugs to the Magus himself.  Fonts by the H.P. Lovecraft Historical Society. 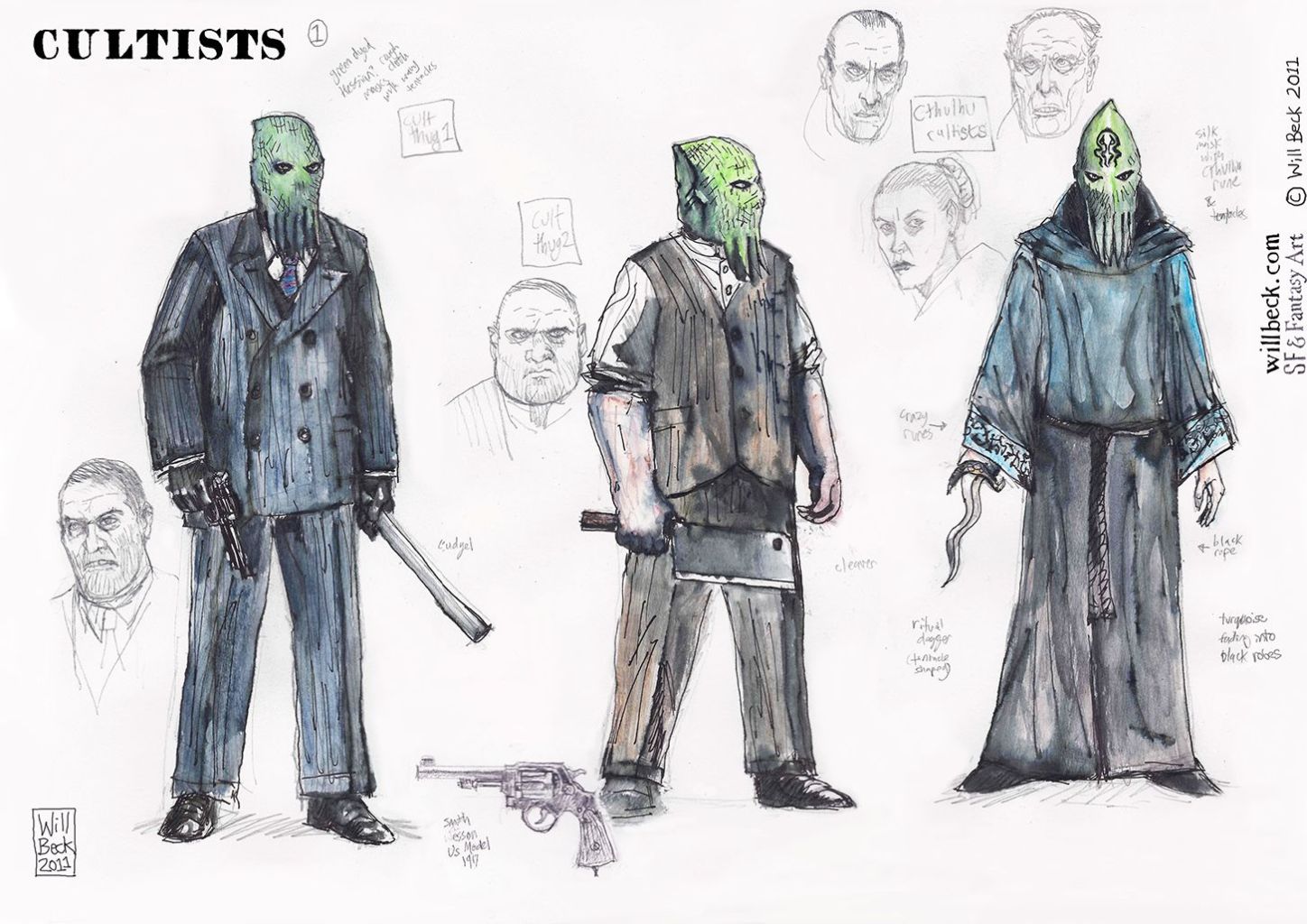 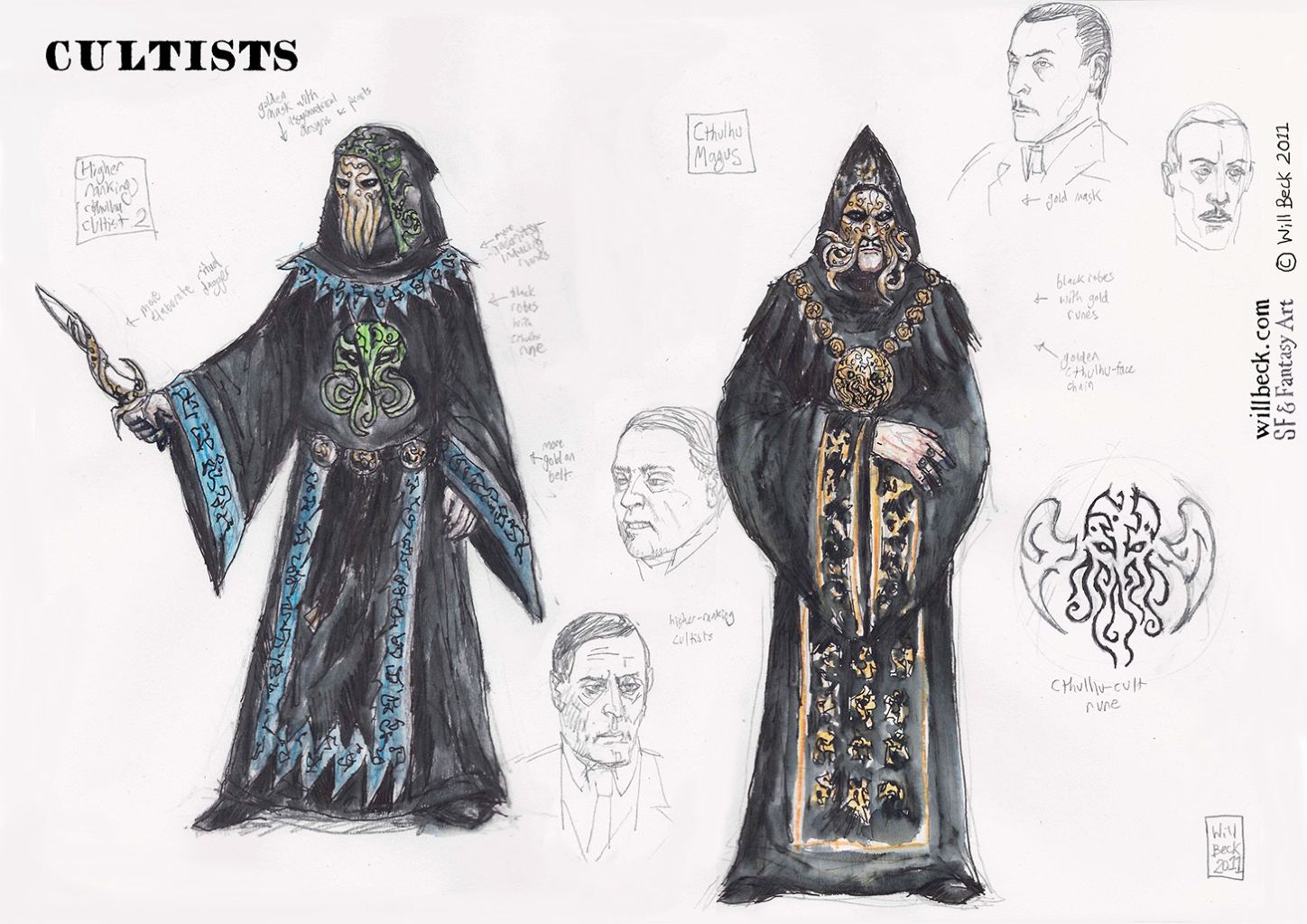 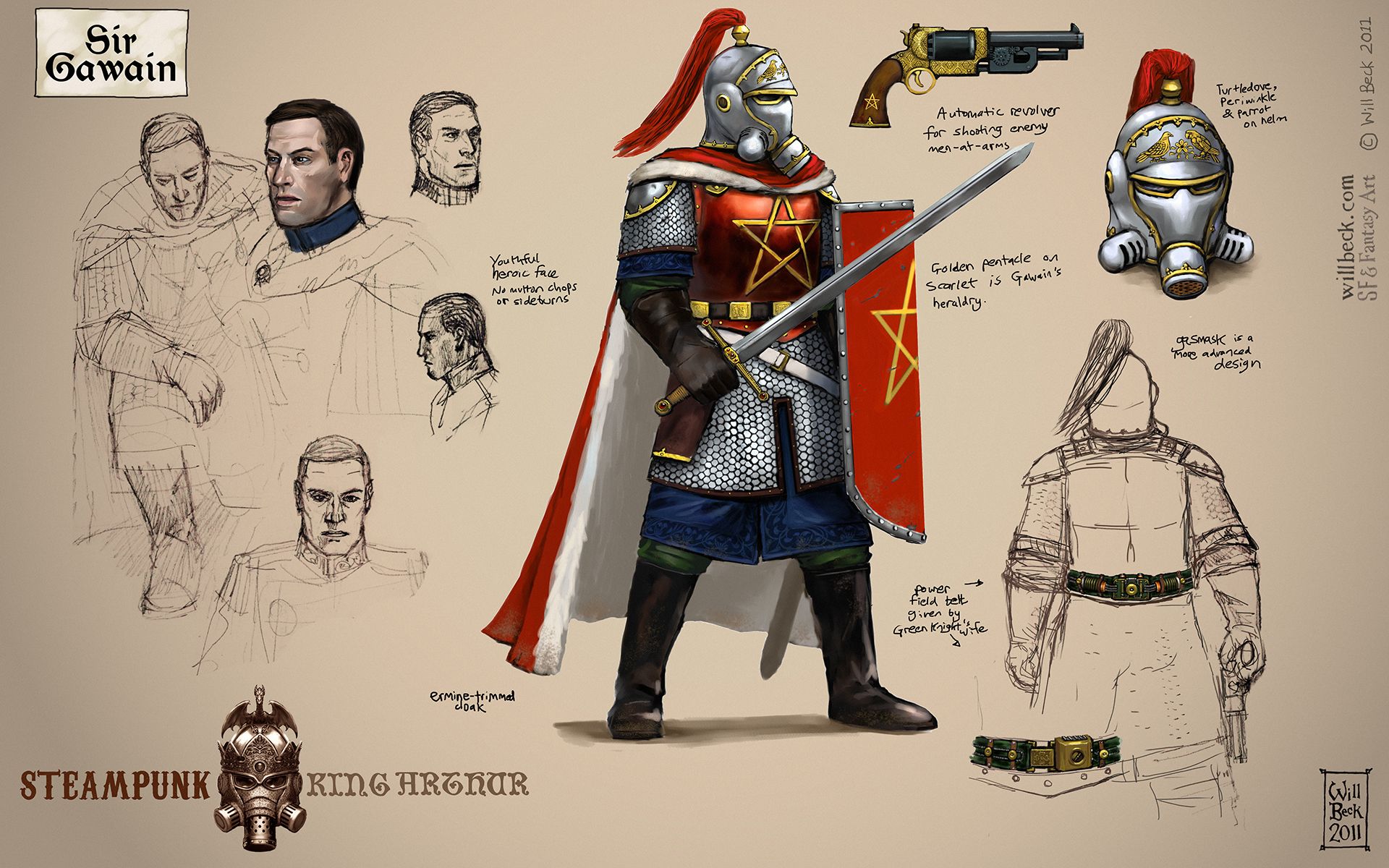 This a sketchbook page that I have finished to a higher standard than I normally do. It’s from my ongoing Steampunk King Arthur series that I started when I entered the Steampunk Myths competition at CG Society http://forums.cgsociety.org/showthread.php?f=278&t=708316 a couple of years ago. I realised I’d created far more than I needed to for the competition and I wanted to develop the ideas I’d come up with.

I have designed various other characters from the Arthurian myth cycle and the “chargers” too! I’ll feature these when I’ve finished them.

Random Image from my Galleries 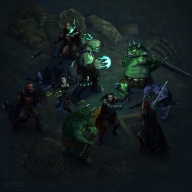