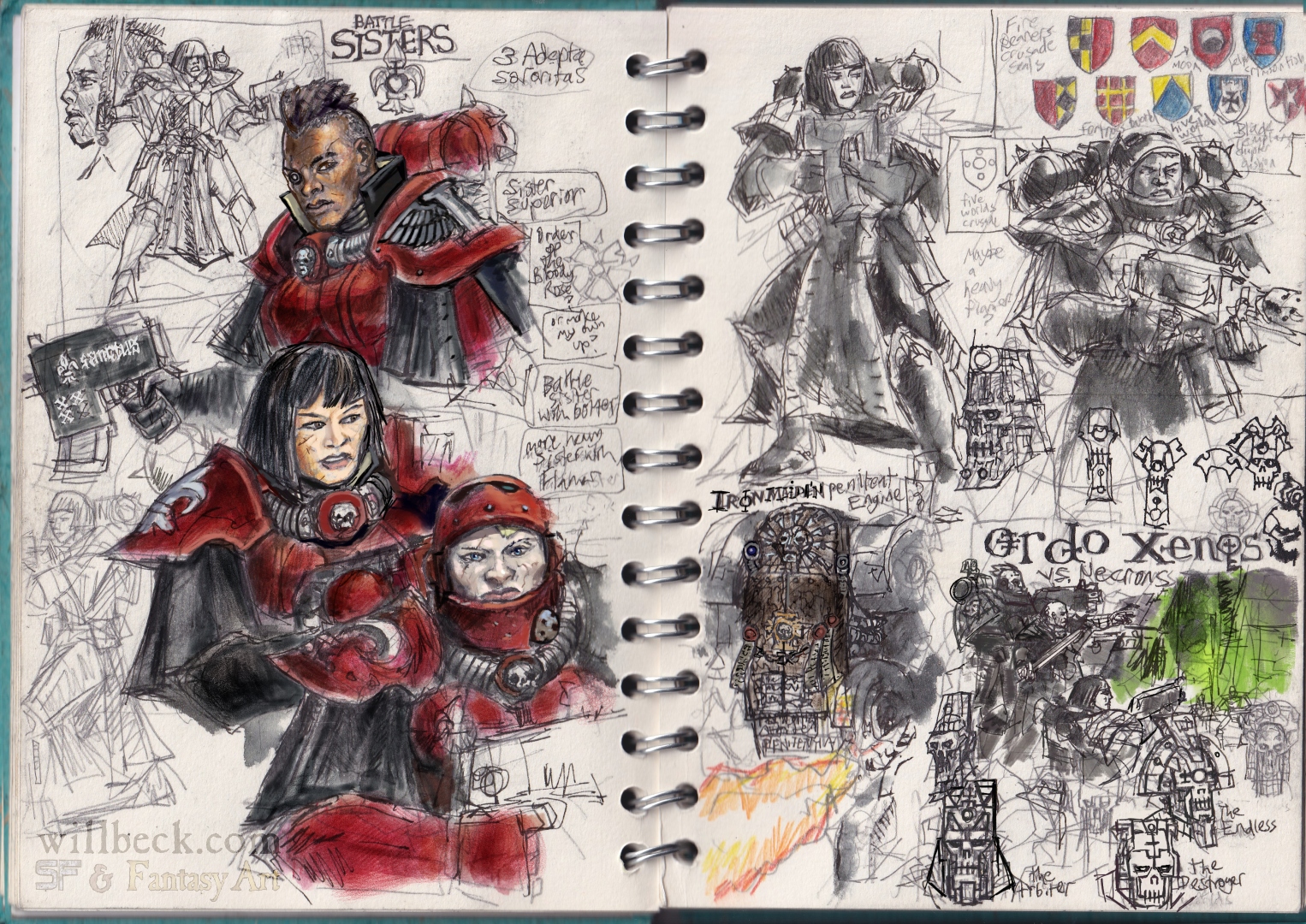 As a fan of Kev Walker’s art I really liked Daemonifuge and given that Games Workshop are going to produce Sisters of Battle in plastic I thought I’d sketch some ideas I had for the Adepta Sororitas. It could perhaps be for a short webcomic based on the exploits of a unit of Sisters of Battle. Daemonifuge Graphic Novel Series

Also there’s an idea for the Ordo Hereticus Penitent Engine which I always thought was very vulnerable to any incoming fire so I sketched an Iron Maiden version. Iron Maiden Wikipedia entry

I’ve roughed a thumbnail composition of an Ordo Xenos and Deathwatch kill team fighting the Necrons. More of this sort of thing soon!

This is all Games Workshop intellectual property, I’m just playing with it. 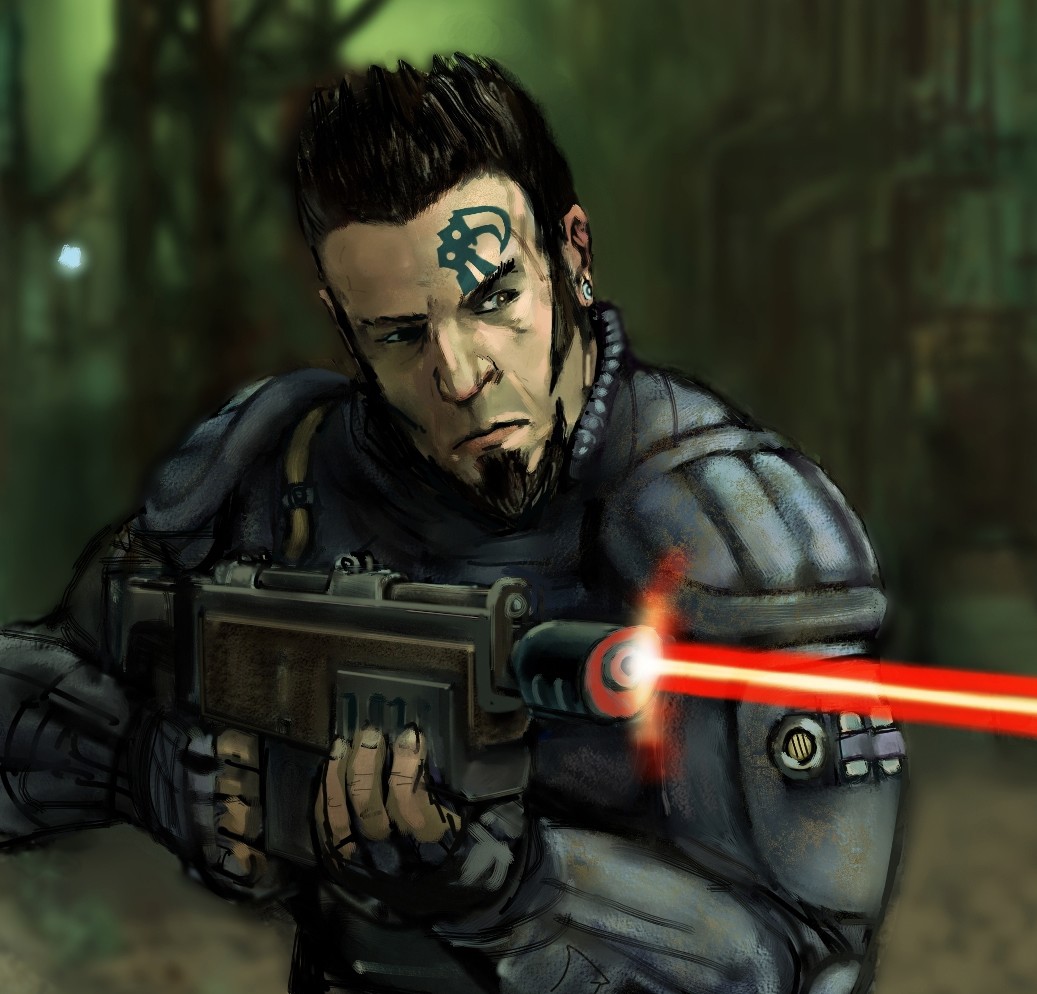