An old sketch of an idea I had for a miniature conversion for Games Workshop’s Inquisitor (a 54mm scale game with about a dozen figures in total and an almost Role-playing game campaign) of the Fellowship of The Ring’s Cave Troll brilliantly sculpted by (I think) Michael Perry.
I thought he’d would make a good mutant slave with the addition of some tatty clothes, a control collar and mining laser so I scribbled him here.
As always this is fan art and not intended to infringe any copyright. 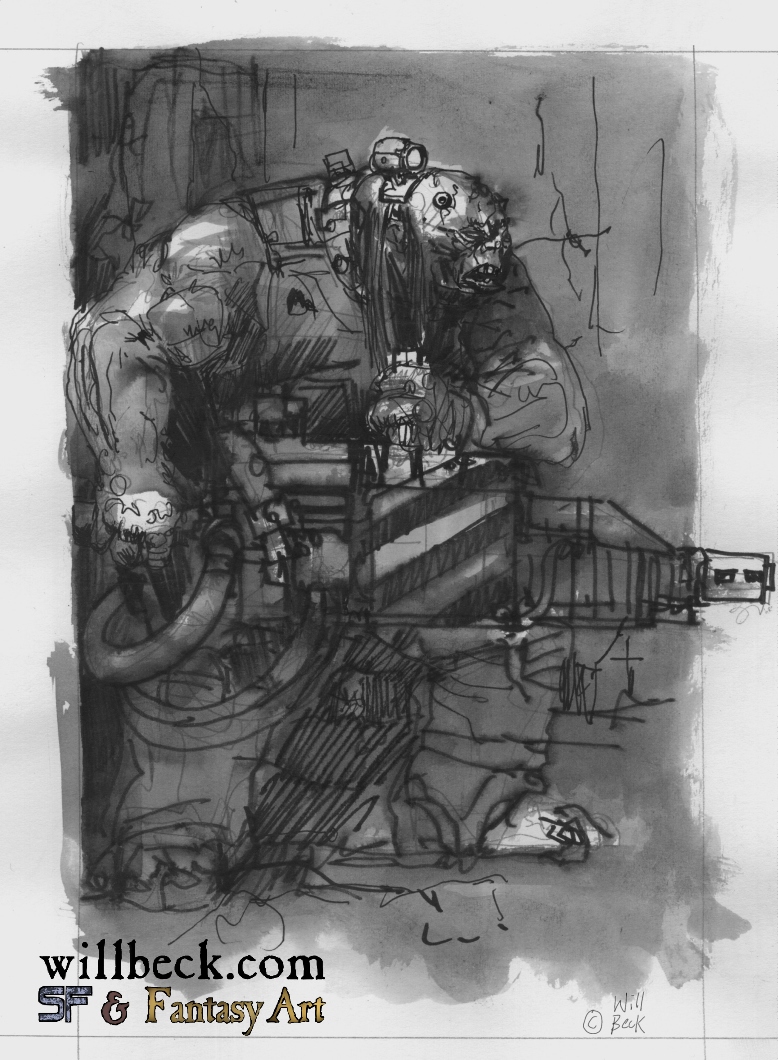 When Microworld Games commissioned me last year to design some trollish mutants to act as a wrecking crew for the Dregs faction and they wanted a huge brutish look with twin flamethrowers, chainsaws and piledrivers I remembered the old sketch and proceeded to sketch out some suitably thuggish-looking giant mutants. The sketches can be found on my Facebook page (click the logo to the right). 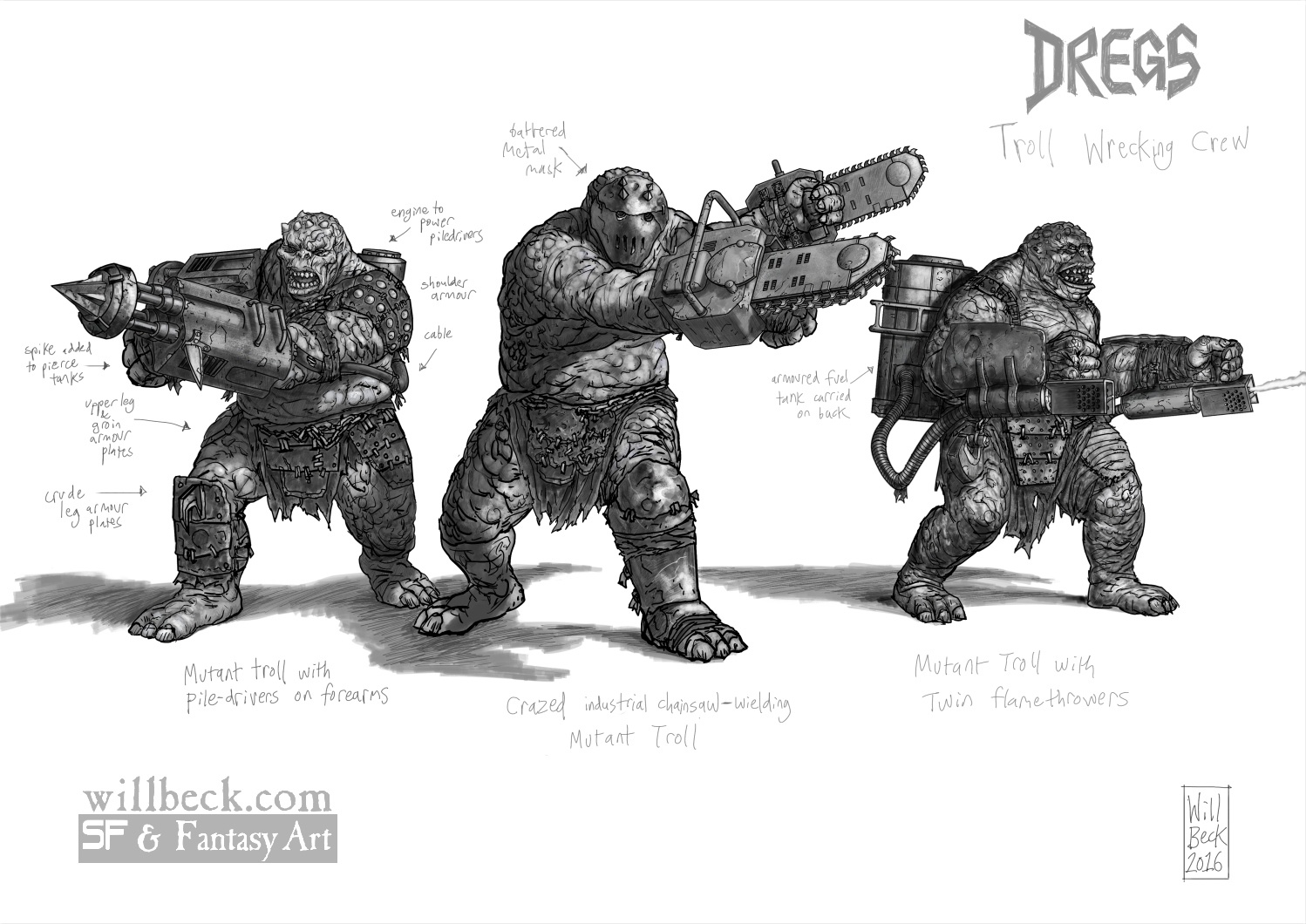 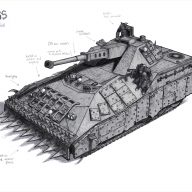 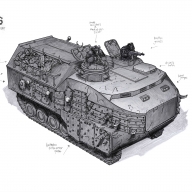 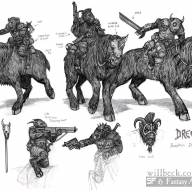 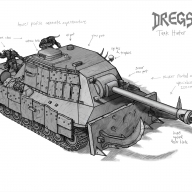 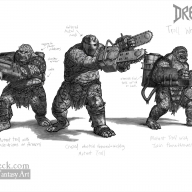 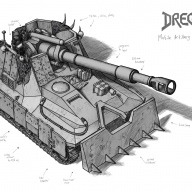 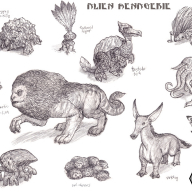 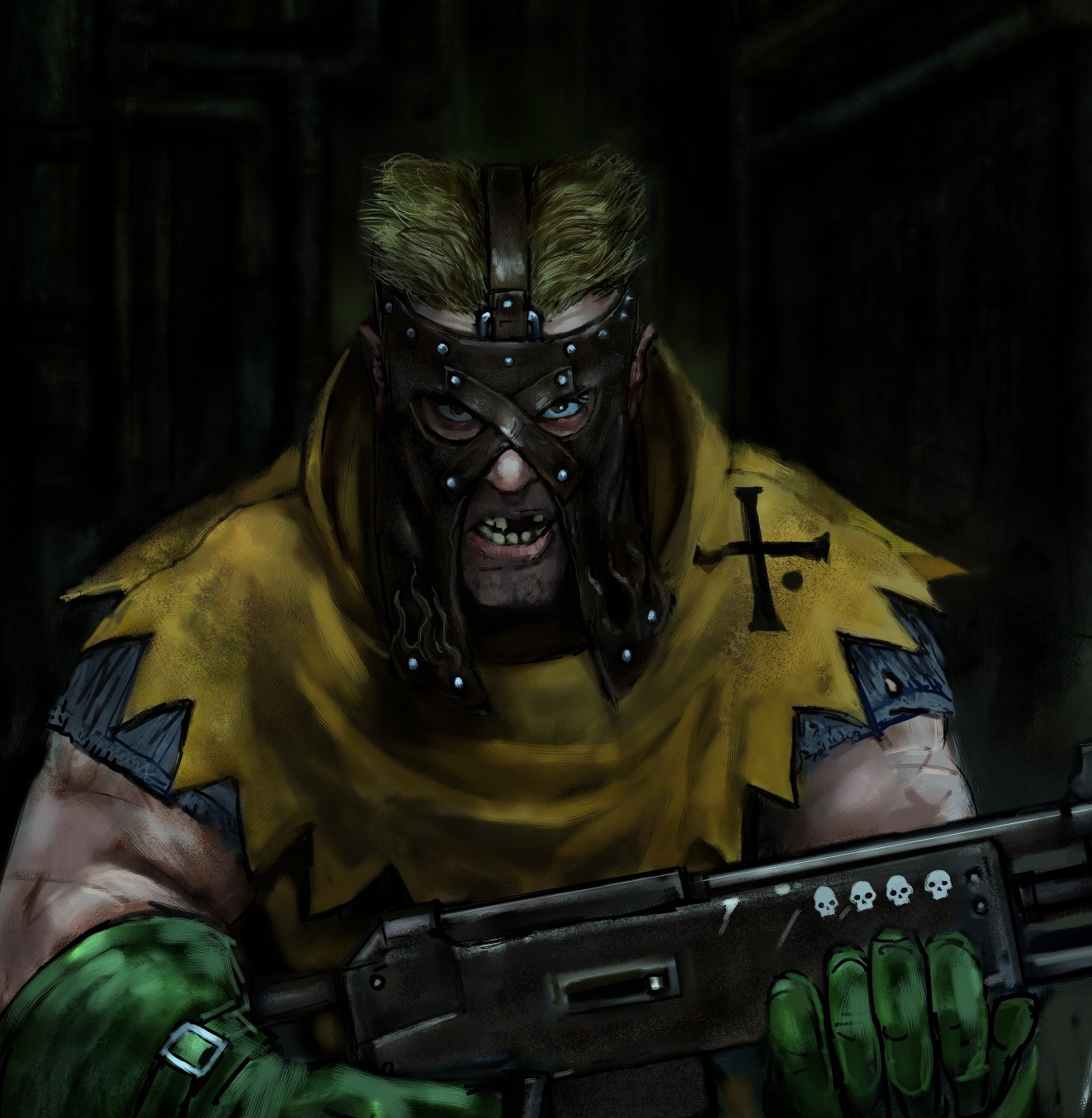