Another digitally-painted page from my Steampunk King Arthur series. Here is the rebel knight Sir Mordred (bastard child of King Arthur and his sister, Morgana) and some portraits of other knights that have attached themselves to Mordred’s rebellion. On the right is Queen Morgana la Fay herself; a scientist specialising in chemical weapons (which she drops onto the enemy from her zeppelin).
I wanted the rebels to be a little darker in feel to Arthur’s forces; so I exaggerated this with an asymmetrical haircut and spiky shoulder plate for Sir Mordred. His helmet homages the film Excalibur and Queen Morgana has a deliberate Maria the robot (from Metropolis) reference and also the shiny breastplate that Helen Mirren wore in Excalibur. 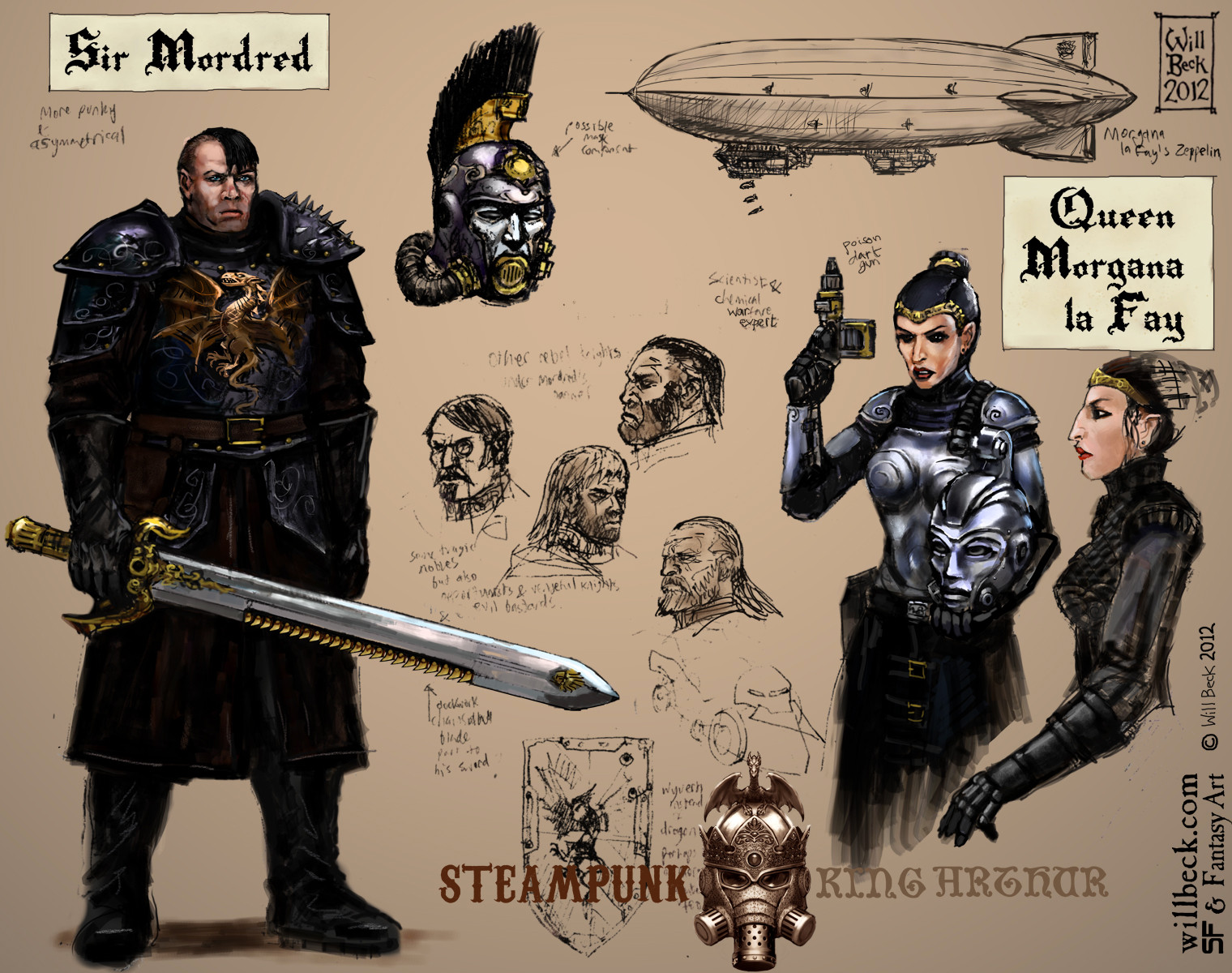 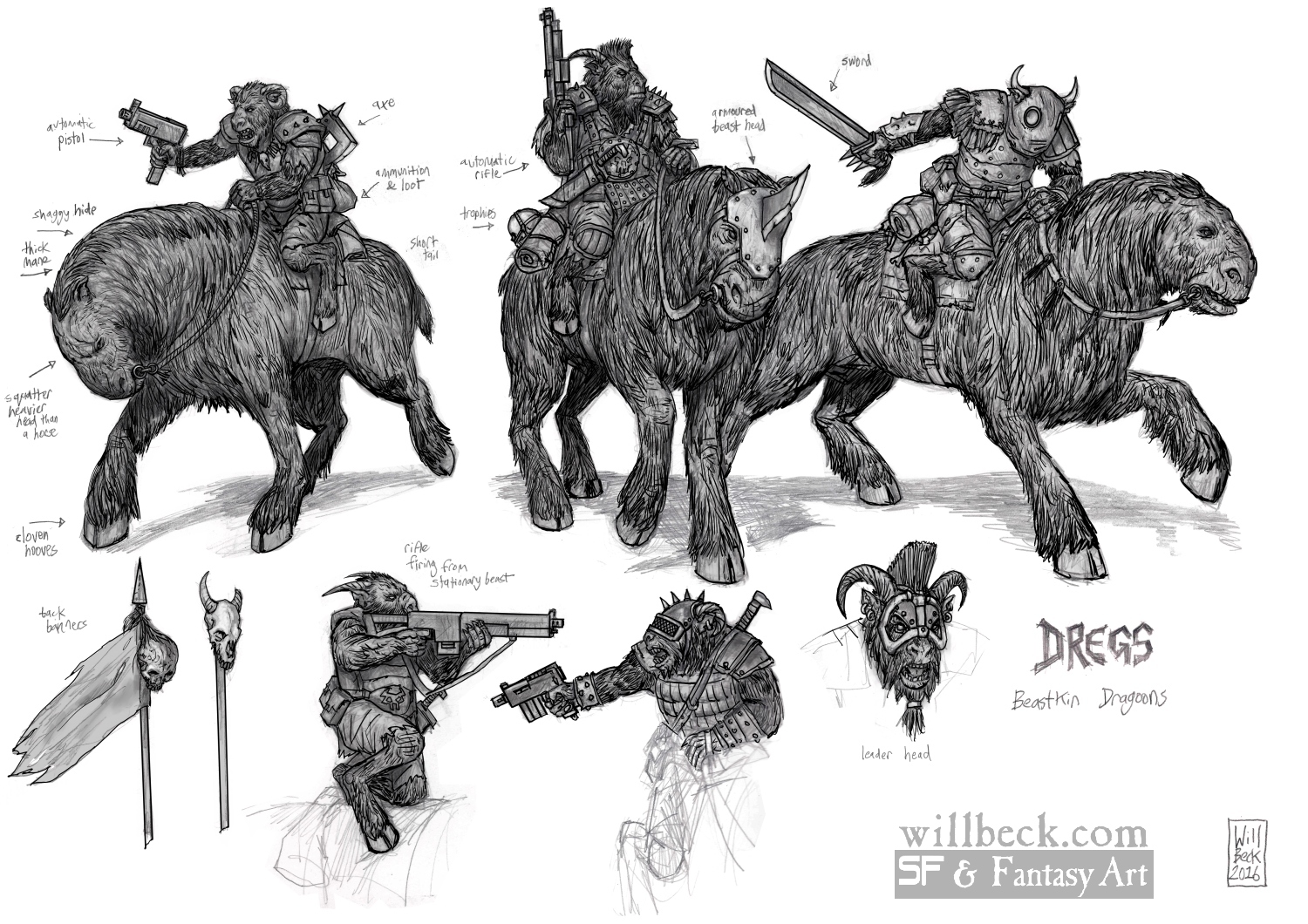